Over the past 40 years, the incidence of adenocarcinoma of the esophagus among white males in the US has increased almost 10-fold. Rapid increases among females and African American males also have been observed. This rapidly fatal cancer is becoming increasingly common in Australia and parts of western Europe as well.

Esophageal adenocarcinoma is thought to develop in a series of potentially reversible steps, usually under conditions of chronic reflux. A substantial proportion, perhaps 10 – 15%, of those with chronic reflux develop a metaplastic epithelium (Barrett’s esophagus). Those with metaplasia are at substantial risk, estimated at 0.2% per year, of developing adenocarcinoma, a cancer with very high mortality. Paralleling the histopathological changes are a number of cell cycle and genetic abnormalities, such as loss or mutation of tumor suppressor genes, telomere shortening and aneuploidy, resulting in increased genetic instability and eventually invasive cancer.

The major focus of my research is the identification of environmental and host factors that underlie this dramatic increase in incidence. This is accomplished through population-based case-control studies of cancer, community-based case-control studies of the key precancerous lesion, Barrett’s esophagus, and a long-standing cohort study of persons with Barrett’s. Determinants of genetic susceptibility are being investigated in genome-wide association studies (GWAS) in collaboration with the international BEACON consortium and others. I am also interested in identifying potential preventive measures for these cancers, such as use of statins and anti-inflammatory medications (e.g., aspirin).

Recently I have focused on translating findings from observational studies and trials to the clinical and population settings. My colleagues and I have advanced a detailed research roadmap to overcome the limitations inherent in current approaches to controlling esophageal adenocarcinoma, 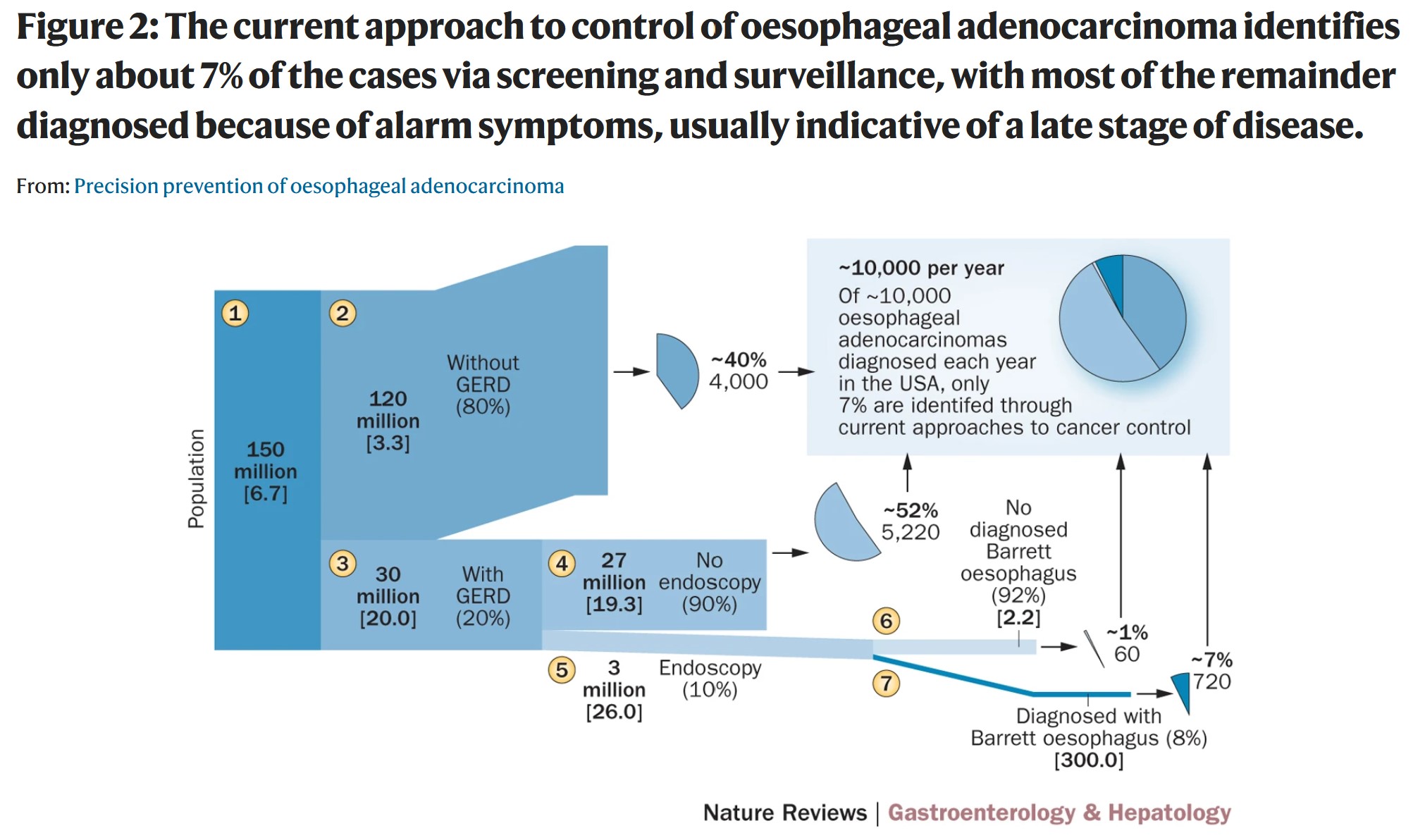 We also created a web-based risk calculator and information  resource (IC-RISC™) to inform shared decision-making between a health provider and patient regarding screening, surveillance and treatment options. 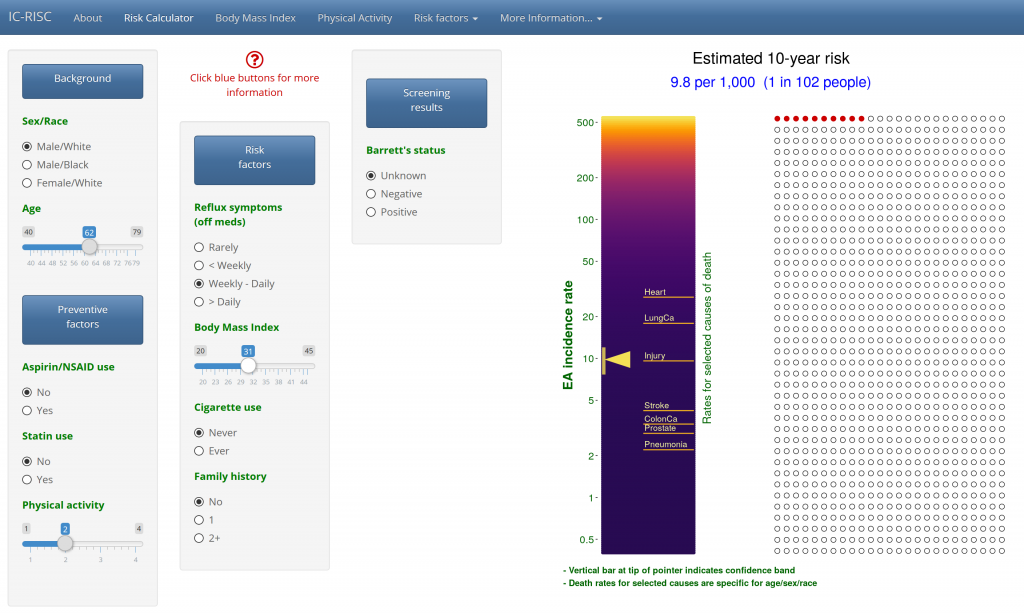